“I do everything – both possible and impossible things”

Katariina Kuosmanen works as a Construction Manager at Lehto Housing. At around noon, she is already waiting in upbeat spirits on the Teams meeting to share her own career story. She spent the morning at a construction manager meeting and her next stop is the construction site.

“I do everything – both possible and impossible things. My most important task is to facilitate the work of the supervisors and responsible site managers, provide on-site support, give a helping hand with day-to-day work, and share in all the joys and agonies of a construction site.”

Katariina aims to visit the sites she is responsible for at least once a week. In her own words, she is currently overseeing three and a half sites.

“Three that are up and running and two that are just being started up. In the latter two, only design and planning are currently under way, so I don’t count them in full.”

Her duties also include participation in design management and procurements, schedule and quality control, and cost monitoring. 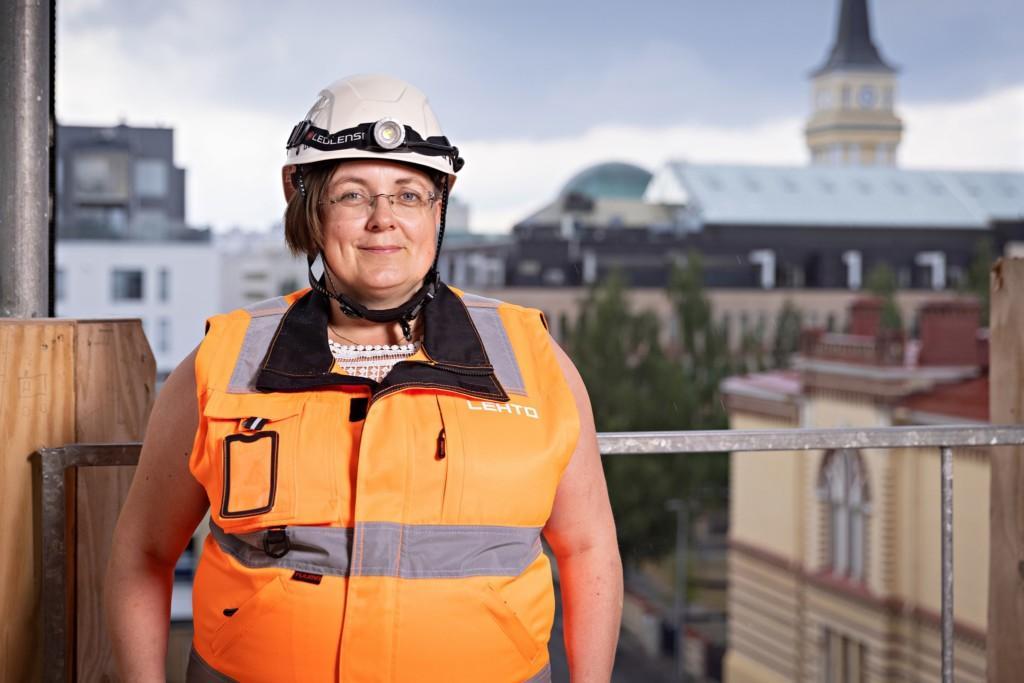 Katariina Kuosmanen works as a Construction Manager at Lehto Housing.

She got her first proper gig in the industry in 2004 when, after completing continuing education for construction engineering and technology, she was hired as a supervisor by a company specialising in demolition and diamond drilling.

Since then, she has had a wide variety of career experiences.

“After that, I worked at different companies in positions such as supervisor, general foreman, project engineer and site engineer. And now here I am, at Lehto as a construction manager.”

Katariina did not apply for work at Lehto – Lehto approached her.

“On a beautiful day in January 2017, Lehto called and asked me if I’d be interested in joining its ranks.”

However, a suitable job wasn’t immediately available for her. It took three months before Lehto found her a position as a responsible site manager.

Once she had started, Lehto was quick to take notice of her potential and suggested that she should complete a special vocational qualification as a construction manager. Katariina was happy to do so. She graduated on Christmas 2018.

Soon afterwards, she was offered the position of construction manager.

“I don’t say no to challenges – I seized the opportunity. And I’m still on this road. I don’t regret it for a second.”

Problems exist to be solved

Katariina describes herself as solution-oriented, positive and determined. And you can tell from her approach to the job.

“I don’t consider the typical aspects of the job to be heavy or challenging – for instance, that the projects I’m working on at the same time may be very different from each other. That’s rewarding and enriching. I find it more challenging if there isn’t enough to do!”

Katariina points out that problems exist to be solved and are not an obstacle to progress.

“Every day is different, and each has its good and bad sides. In the construction industry, you must have the ability to keep moving forward – and that appeals to me.”

Katariina says that to thrive in the industry, you need to have fortitude.

“It’s not an industry for everyone – you must be very good at working under pressure. The job tasks vary a lot, too.”

She feels that she has succeeded when the site stays on schedule and budget.

Katariina doesn’t dwell on failures or worry about them too much in advance. She has a good piece of advice that those interested in the field should keep in mind.

“Everything is more or less a challenge – and also an opportunity. You just have to tackle each of them and get them done.”