Timo Turunen has worked at Lehto for about five years. At Lehto, he works as a Design Manager in pipeline renovations and is responsible for the design, sale and marketing of turnkey contracts and the project planning of pipeline renovations. Timo has been in the industry for a long time and has seen how it changes constantly.

In the 1980s, Timo studied at the Wärtsilä Technical School. During his early studies, he worked as a draughtsman at a structural engineering firm. Towards the end of his studies, he ran his own business.

“We insulated roofs by installing blown wool. This was a method that was launched then in the ‘80s.”

The company operated in the area between Mikkeli and Utsjoki, delivering Danish rock wool.

“We drove trucks at night and studied by day.” 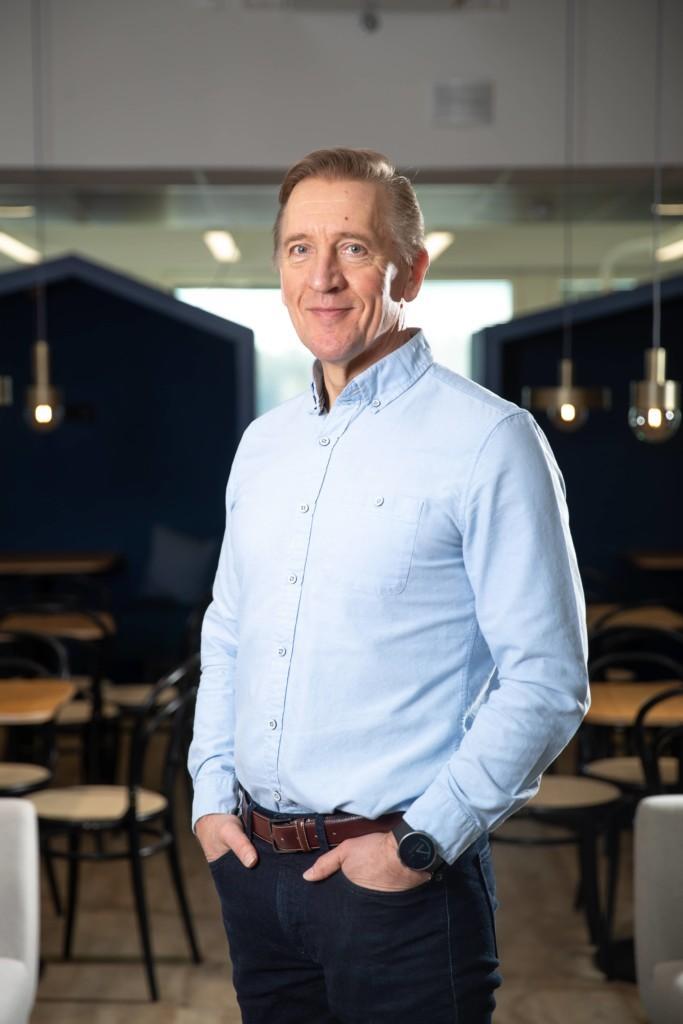 From Northern Karelia to the Greater Helsinki Area

Timo moved with his company to the Greater Helsinki Area from Joensuu when destiny came knocking in 1997. “First, we got a gig for a detached house. Then they recommended us for another contract.”

The next step was to pack everything up and move to Helsinki instead of going back and forth constantly. “We started focusing on building detached houses.  Our mission was to give the customer what he wanted.”

According to Timo, the best contract agreements were handshake deals – this reflected the turnkey spirit. Real turnkey construction

In 2010, Timo’s team completed its last own developer-contracted project, which consisted of three detached houses in Myllypuro, Helsinki.

From an entrepreneur’s perspective, the developer-contracting market had started looking unstable. Timo decided to look for work elsewhere. He got a position at Fira Palvelut as a responsible site manager on pipeline renovations. “I had already done this kind of work earlier, so I thought, why not. At Fira, I started to envision what the future of the pipeline renovation business looked like. New types of contracts were being introduced in the business and scheduling management was being developed.”

Timo himself strongly believed in the evolution of turnkey contracts.

Lehto personnel made an impression

Turunen ended up joining Lehto almost by accident in 2016. He participated in a training course for construction managers. Some Lehto employees had also enrolled. “The Lehto people seemed really interesting and their approach to the job was straightforward. Just the kind of thing I was looking for in my own work.”

During the course, the students were asked to estimate the value of their company. When the Lehto employees presented theirs, the others were astonished. “We wondered whether their figures could be real. But yes, they were.”

Lehto’s turnkey spirit made an impression on Timo. In 2016, he called up Lehto, asking for work. And that’s the road he’s still on.

He first started out as a project manager on the construction side – his supervisor at that time said that this meant “having to do a bit of everything”. He was in that position for a year and a half. After a few twists and turns, he ended up in his current job as a pipeline renovation design manager.

Everyone has their own path

Timo is motivated by satisfied customers and being truly able to make the most of his expertise. “I don’t hunker down and work only with site personnel. I also work with parties such as customers, the authorities and housing corporations.”

He also points out that you have to be prepared to deal with disappointments at work. “You always have to analyse what’s going on, so that you notice when the work is on thin ice. You should always have a backup plan so that the project doesn’t collapse when it hits the first setback. Anticipating what lies ahead is very important.”

Timo advises that those seeking to enter the field should focus on being solution-oriented. “Don’t focus on thinking about problems – come up with solutions to prevent them.”

He says that during his career he has seen many people forget that they should be working for their own good. It’s important to do what feels right to you. “No one else is on the same journey with you. When you believe in yourself and your dreams, you forge your own path.”

He has found his own path. “At Lehto, I get to see the value of the work I do. I’m now in my dream job.”