Large glazed balconies and open floor plans pursuant to the Deco concept make the 1–3 room flats in As Oy Keravan Ratapiha well-lit and spacious. The excellent location in the vicinity of the Savio train station makes it possible to live in the middle of nature yet close to good traffic connections.

As Oy Keravan Ratapiha is a wooden house project completed in 2018. Two-thirds of the 60 balcony access flats are studios, the rest are two- and three-room flats. Large balconies of as many as six square metres and carefully planned spacious layouts significantly increase the sense of spaciousness.

Homes for students and workers

Sale of the flats began during the construction phase, and they sold like hot cakes. In addition to the generally increasing interest in ecological timber construction and modern new housing, interest was increased by the excellent location in a forested area next to the railway. The flats in the project are non-subsidised owner-occupied flats, but a significant share of them was sold to private small investors.

Located a few minutes’ walk away, the Savio train station is half an hour from Helsinki and 11 minutes from Tikkurila. In addition to workers commuting to Helsinki, the flats in the area interested students – after all, Careeria, a provider of occupational education, is located right next to As Oy Keravan Ratapiha.

Lehto’s Deco concept includes careful layout design, aiming to increase the efficiency of the residential floor area. In the flats in Keravan Ratapiha, this is reflected in spacious floor plans, making it easier to use a walker, for instance, indoors.

Lehto’s prefabricated Deco timber elements are completed, apart from electrical and plumbing connections, at the company’s factories in Oulainen and Hartola. Construction takes place completely protected from rain. Weather variations are also carefully monitored at the site, and elements are always installed in dry conditions, ensuring a high-quality and safe outcome.

When installing the prefabricated elements, there is always an air gap left between adjacent flats. The soundproofing effect of the air gap has been proven in practice at Keravan Ratapiha: people engage in singing and music in the building without the sounds disturbing those in the adjacent flats. 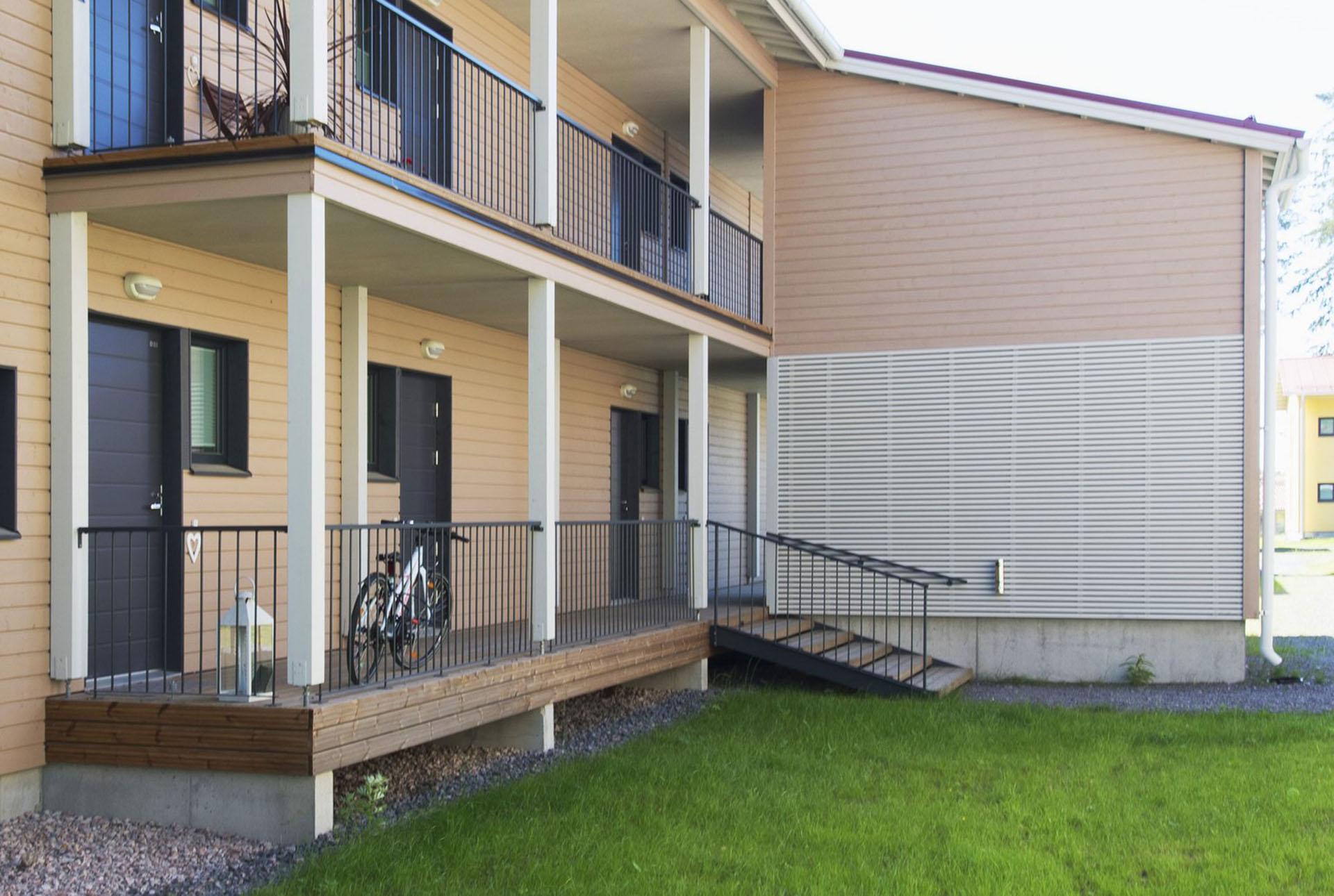 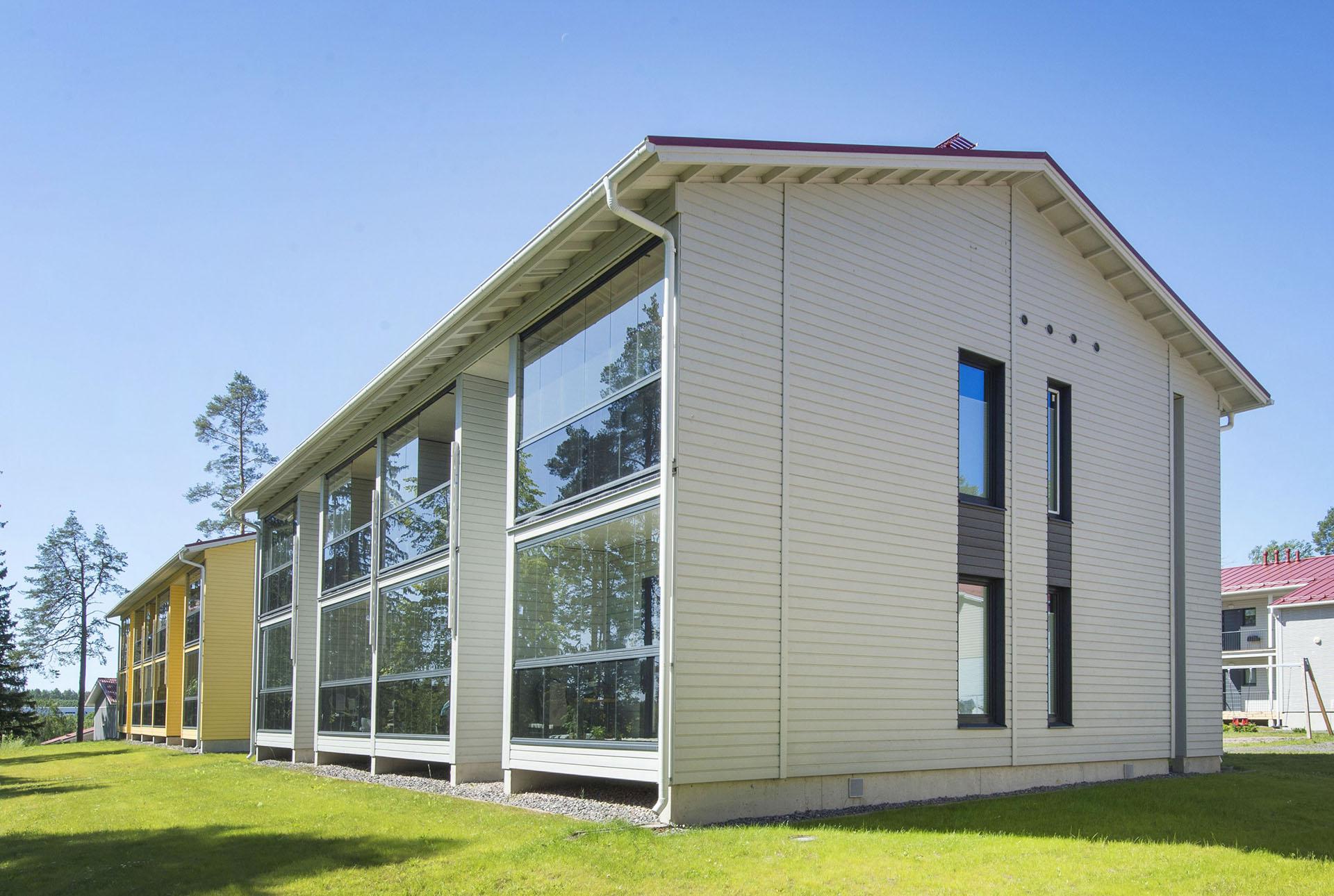 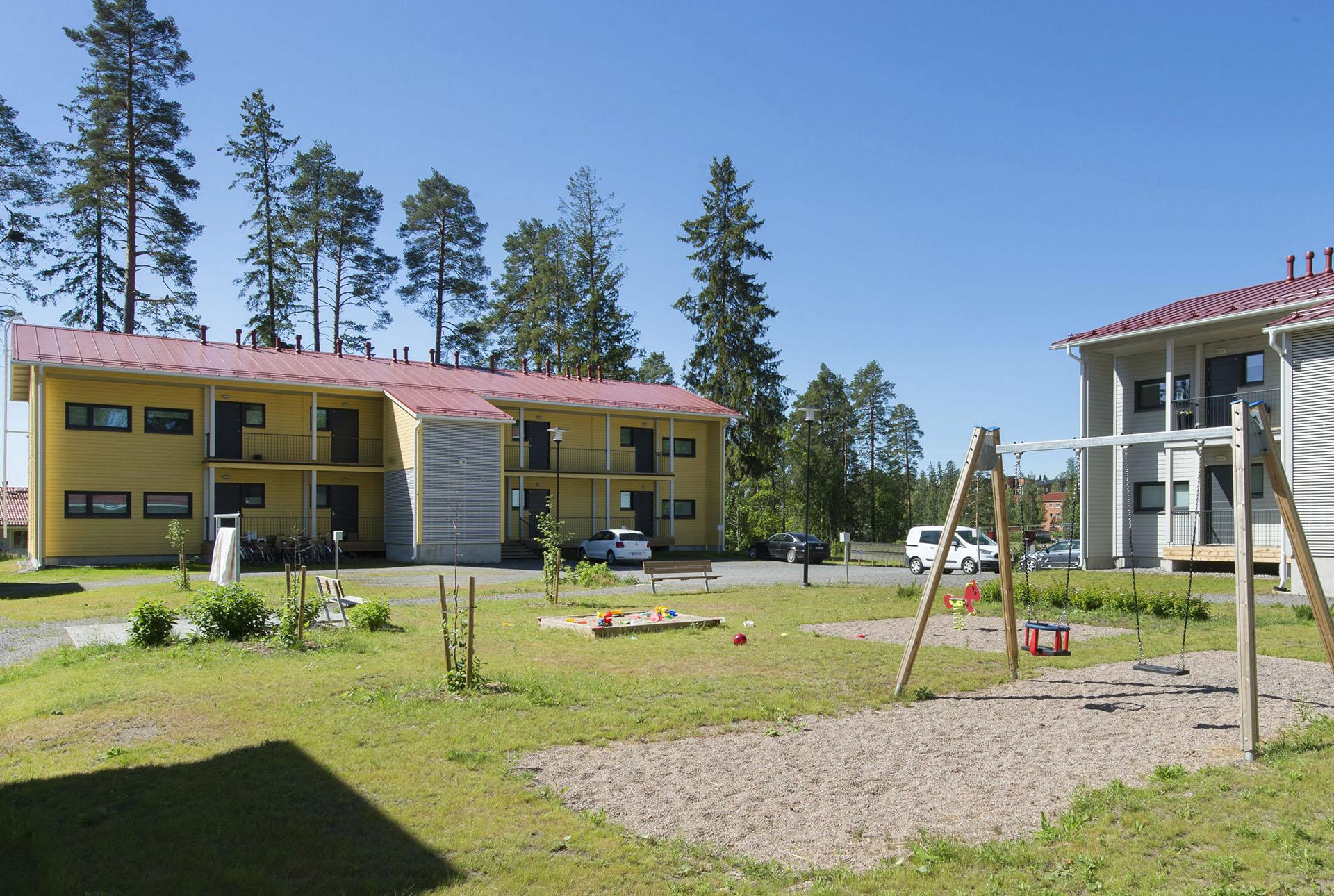 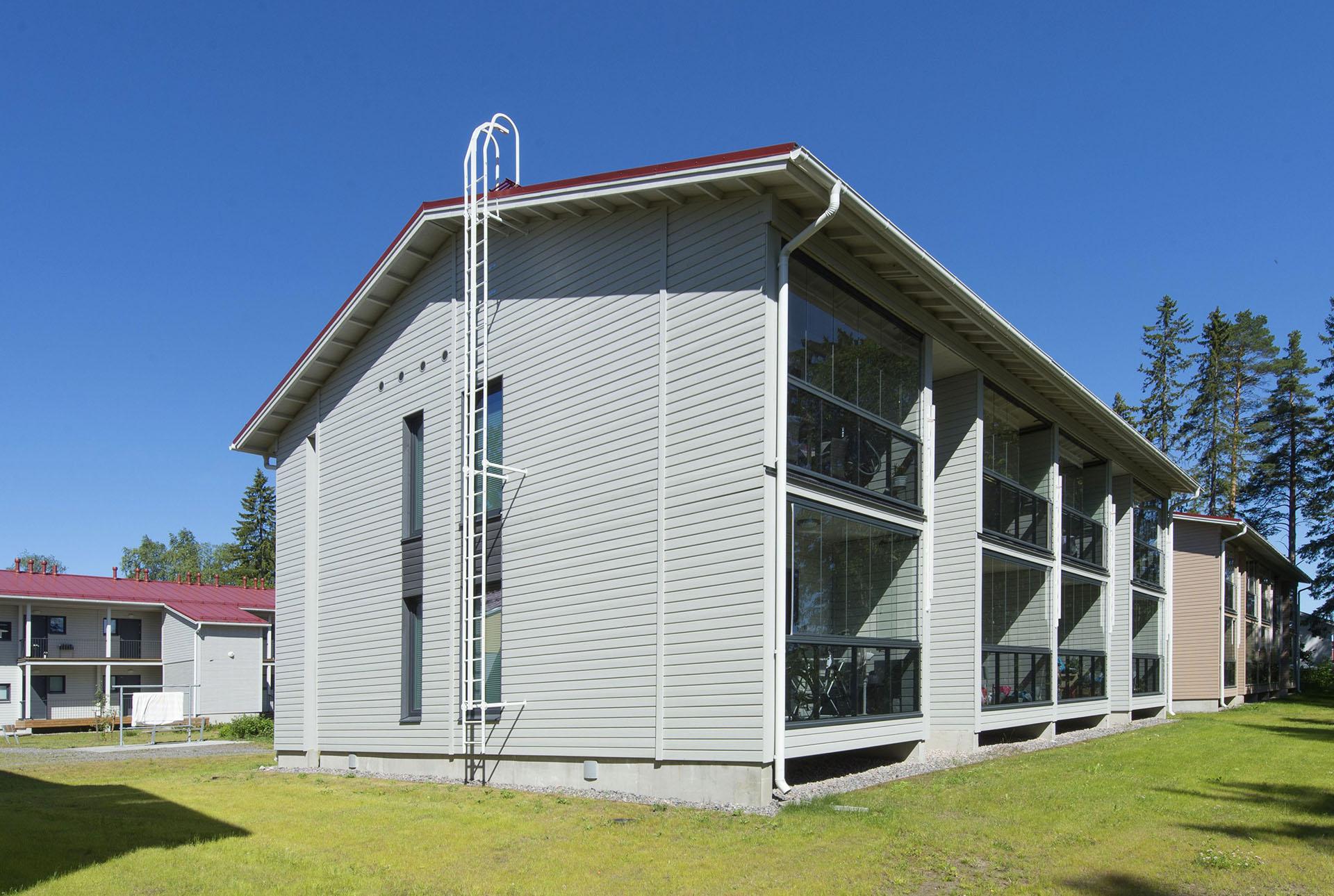 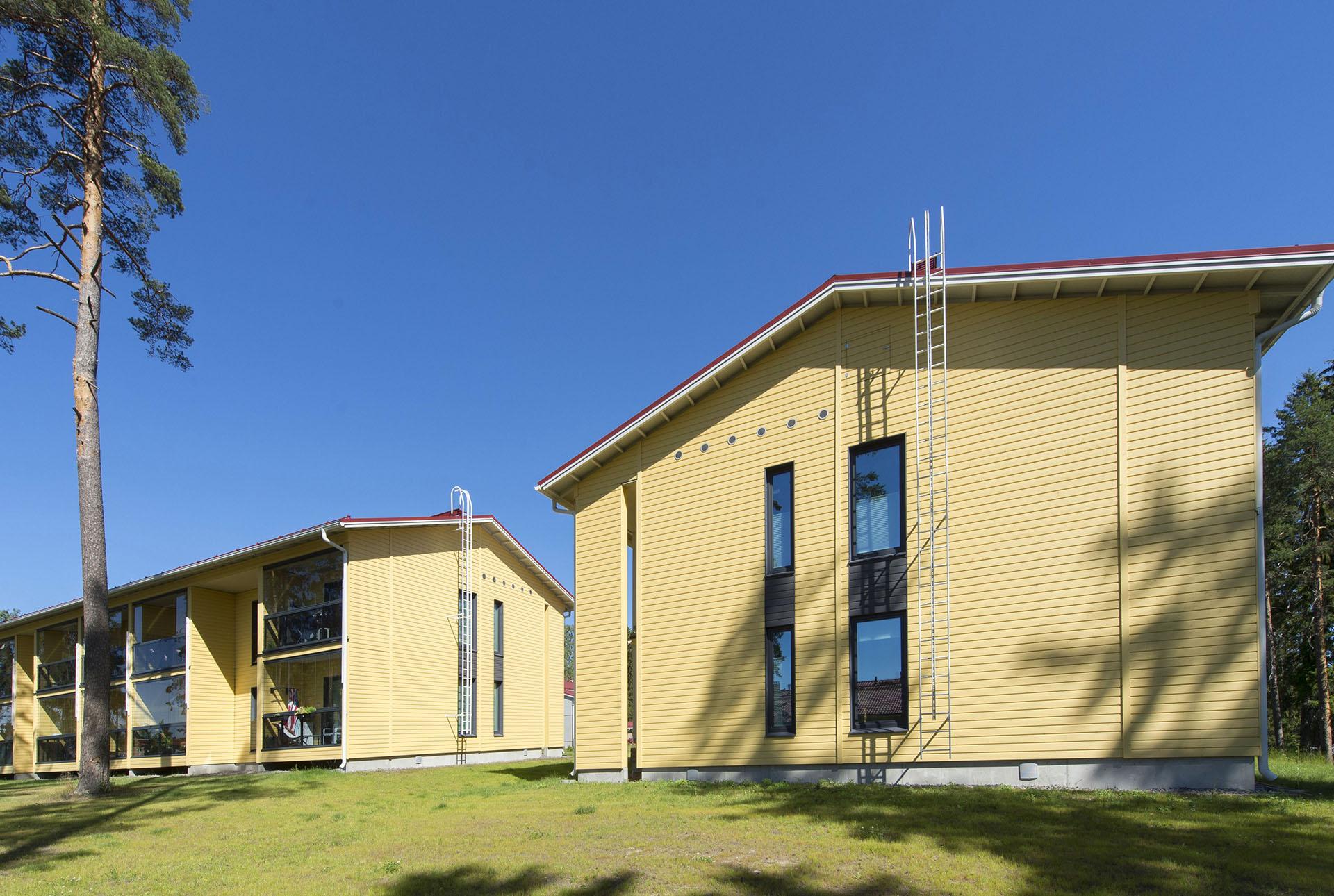